In my career, I’ve served in a number of high-profile government positions from contractor to employee to political appointee. Regardless of my title, I’ve approached my work with the idea that government should be responsive to its constituents, the American people, and that access to government services and information is a fundamental right in a healthy democracy.

Responding to Disasters — Natural and Manmade

From 1997-2002, I worked with the Federal Emergency Management Agency (FEMA). (I have to note here that Hurricane Katrina hit New Orleans in 2005.) While the agency took a (well-deserved) beating for its response to Katrina, the FEMA that I knew was a model agency with dedicated employees and a desire to provide help to those in need as quickly and efficiently as possible.

My FEMA title was Public Affairs Officer, but my roles there were constantly changing. For most of my tenure, I worked out of disaster field offices across the country. Sometimes I wrote press releases and public service announcements, other times I served as a spokesperson and media liaison. During my time at FEMA, I became more involved in audio/video production, managing the agency’s radio room and working in the headquarters TV studio facilitating interviews with media outlets across the country.

In 2001, I was part of the response team to the World Trade Center disaster. For the month after the attack, I worked at Ground Zero as a video producer and editor. Our FEMA crews, along with the New York Fire Department, were the only ones with unrestricted access to the site during the initial response. I was responsible for generating a three times a day feed of the latest footage of the response and recovery to the event that was distributed to media outlets around the world.

Footage from World Trade Center Response and Recovery Operations where I served as a producer and editor.

After the initial response, I stayed in New York through the first anniversary. In my position as a public affairs officerat the Federal Long-Term Recovery Office, I was responsible for leading the effort to publicize and explain the release of nearly $9 billion in federal assistance to help the city and state recover and rebuild.

A Fresh Commitment to Transparency 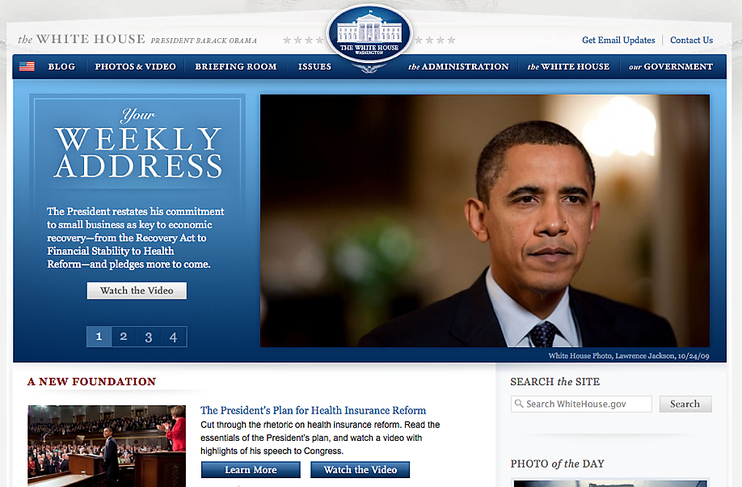 In summer 2009, I joined the White House Office of Digital Strategy. I was originally hired to be a writer and content creator, but I arrived just as the White House website was relaunching on the open-source Drupal platform. My technical skills and work on other Drupal sites were a valuable asset as the team scrambled to reach an ambitious launch date.

After the successful relaunch of WhiteHouse.gov and the migration of numerous other sites into the platform, we were able to continue that commitment to access and transparency. During my tenure, I was responsible for releasing White House visitor records, staff salary information, and other information that had often never been released to the general public.

I also worked with the team to develop microsites for the First Lady’s initiatives Let’s Move and Joining Forces and tools to allow the public to have a stronger voice in the governing process like our Advise the Adviser feature and the We the People petition tool.

In 2012, I served as the Presidentially appointed Director of Digital Strategy at the US Department of Energy. I came in with a commitment to help continue the transformation of an agency whose digital presence was once rated one of the worst in government.

I led an aggressive web development effort that aimed to consolidated dozens of agency websites onto a single energy.gov platform — a move that would save the agency millions of dollars per year. During the midst of this migration effort, we did a major site overhaul making energy.gov the first fully responsive cabinet-level website — providing a smooth experience for users regardless of what device (computer, tablet or phone) they’re using to access the site.

While overseeing this technical work, I also led a team of nearly a dozen writers, graphic designers, videographers, and mapping specialists. We developed a content plan that moved away from the typical bureaucratic press releases to focus more on the end user and on multimedia content like videos and infographics.

We set out to create content that would resonate with a wider audience and built our strategy around renewable energy innovations, consumer energy-saving strategies, and science and technology breakthroughs from the National Laboratories. We also worked to help the Department reach our audience through social media accounts — including establishing the first Secretary of Energy Twitter account.

Our mantra was to use our digital accounts more like a normal person than a bureaucratic monolith. That ethos allowed us to build a stronger brand not only for the agency, but also for our secretary Ernest Moniz whose cult Internet status (thanks to the hair) helped us have an effective voice to discuss bigger issues like climate change and the Iran nuclear deal.

.@bennyjohnson @BuzzFeed What business is it of yours, friendo? http://t.co/ZgFzICTtuD pic.twitter.com/gCWus5Esje

Let's Get In Touch!

Ready to get to work? Let's start building a strategy to acheive your goals.